If we're going to have a conversation, let's first define terms 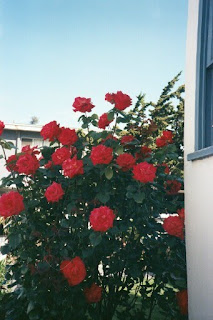 I guess I'll start by defining myself briefly.  I'm a woman and a feminist.  I'm a Christian--an Anglican and an Episcopalian (they're pretty much the same thing).  I'm a social scientist and a skeptic, which means I'll believe in the supernatural when I see compelling evidence for it.  You may think that skeptic and Christian are contradictions in terms, but I don't see it that way.  For me, God isn't something supernatural but extra-natural.

As a feminist, the use of male pronouns as default and referring to homo sapiens as "man" grate on my nerves.  "Man" explores, "man" invents, "man" thinks -- where are women in that equation?  And don't tell me "man" includes me.  It doesn't except at the most abstract level.

So, what do I do with "God, He"?  English pretty much gives me three choices for pronouns -- He, She, and It.  "It" is probably the most accurate because God wouldn't have a gender, but it's cold and distant.  I don't love its.  Even my darling snake is a he.  I can assert my feminism and call God "She," and that would be as accurate as "He" -- or as inaccurate, as the case may be.  "She" sounds as if I'm trying to make a feminist point, and it goes against tradition that I frankly love.  There is no good solution to this dilemma, so I've settled on "God, He,"

Similary, what are we to do with the question "Does God exist?"  "Exist" is an inadequate word for dealing with God.  When we say something exists, we mean that it has mass and occupies a place in four dimensional reality.  Nothing exists everywhere and at all times.  To say God "exists" in our language means he lives up in the sky in a place where there are Pearly Gates and angels float around on clouds, strumming their harps.  He doesn't.  Neither does He live on top of a mountain or at the center of the Earth or on a planet orbitting Alpha Centauri.

"Does God exist" becomes a useless question if we use the normal definitions of "to exist" or "to be."  I think this is one of the main reasons people believe that there's some contradiction between science and faith.  If you're still following me, maybe at some point, we'll discuss what I mean by God existing.  Until then, we're stuck with the language we have.  So, I'll go with the traditional.
Posted by Alice Gaines at 11:56 AM 2 comments: