Available for pre-order: Captain and Countess from Kindle Scout

This book won the Washington Romance Writers' 2014 Marlene Award for historical romance.  It was also one of the first books selected for publication by Kindle Scout.  Needless to say, I'm rather proud of it.

In this sensuous Regency romance, Jason, Lily, and Bess become engaged to the wrong people.
Captain Jason Northcross desperately desires his sister, Lily, to marry into noble society. To achieve a duchy for his sister, he needs a proper marriage for himself. His status guarantees an easily achieved betrothal, and he should have no trouble selecting one of the eligible young ladies during his party in the countryside. However, distracted from his goal, he has a hard time keeping his hands off his neighbor, Lady Rushford.
The late Earl of Rushford's widow, Bess Webster, believes romance has passed her by. So why can’t she keep Captain Northcross out of her dreams? And how does he inflame passions she didn’t know she had? While she should be focused on penning novels and finding husbands for her friends, her thoughts center on broad shoulders and laughing green eyes.
Will these misaligned engagements be set straight before the final vows have been spoken?

If you'd like to enter, send me an e-mail at authoralicegaines@gmail.com 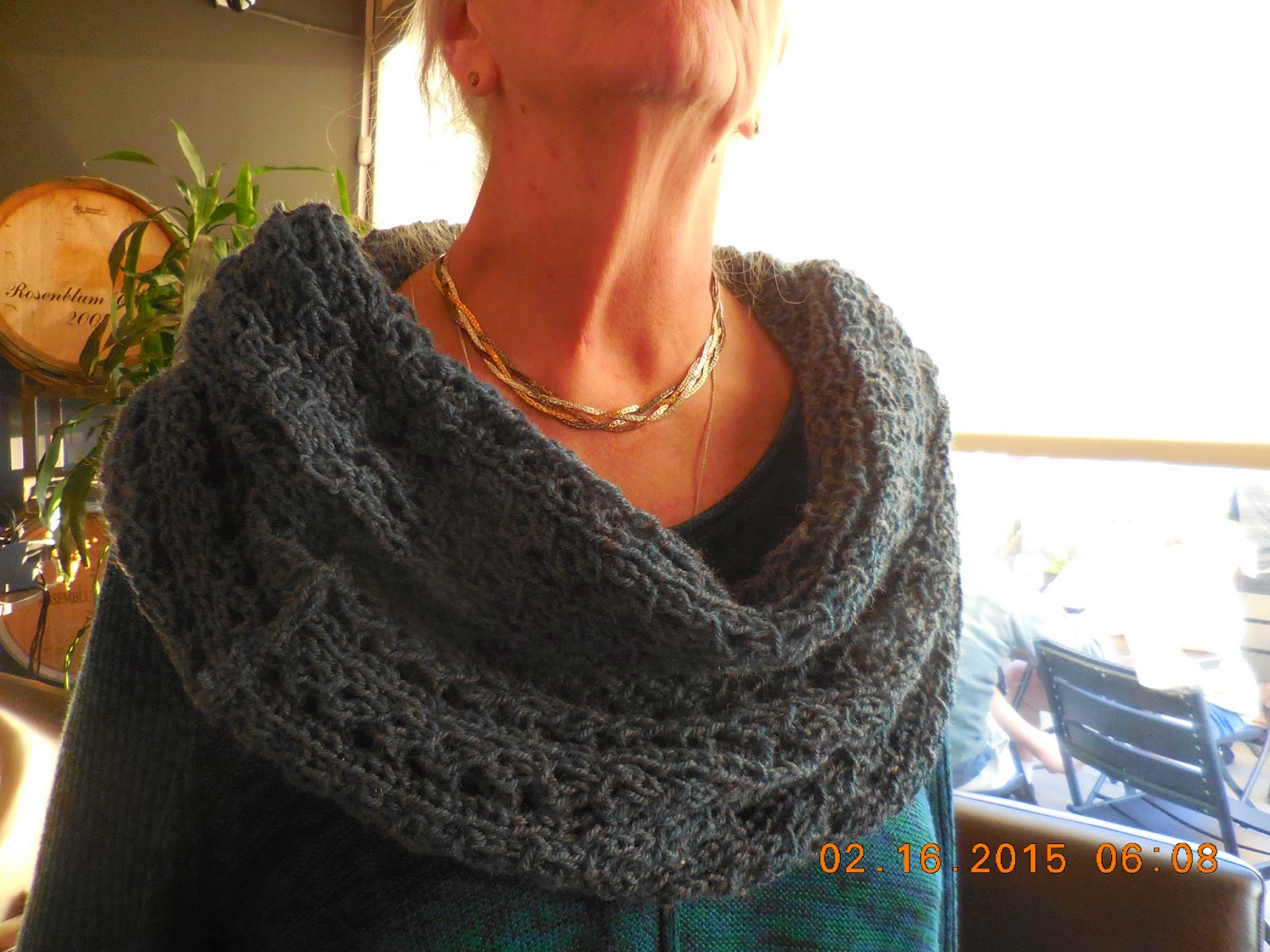 Posted by Alice Gaines at 1:45 PM No comments:

The third book in the Princess of Danislova series.


Chapter One
The youngest prince of Danislova was as cute as a bug. And he danced like a dream. So divinely, in fact, that Dixie Anne Beaumont allowed herself to snuggle into his embrace as he guided them around the dance floor.

In her travels, Dixie usually ran in pretty exalted circles. She’d met a few nobles in her day. Most were her daddy’s age. Some had tried to let their happy hands go exploring in places on her body she didn’t appreciate—advances she’d rebuffed by suggesting they’d lose a few fingers if they kept it up. None had interested her until this one. And if she could read his signals correctly, he was interested, too.

“How long are you staying in Danislova?” he said as he managed the exact distance between them to get nice and close but not close enough for others to disapprove.

“I hadn’t given it much thought beyond serving as my friend Casey’s bridesmaid. Or I guess I should say matron.”

His eyebrows went up. “Matron, not maid?”

“I was married for a time,” she said. “The worst five years of my life.”

“Don’t be. I’m rid of him now.” Phil, her asshole ex, had tried to ruin Casey’s chance at happiness. Dixie had intervened to save the day, and now she’d been part of a royal wedding party. Great fun all around.

“The men in my family don’t divorce,” the prince said.

“You don’t say. That’s as good a reason to stay single as I’ve ever heard.”

He laughed and pulled her an inch or two closer. “I like the way you think.”

The spark of masculine interest entered his blue eyes again. He’d been sending signals since she first arrived for the rehearsal dinner. After a lifetime of flirting, minus the five years with Phil, Dixie knew how to send them back. Things were moving along smoothly.

“We know each other well enough to use first names, don’t you think?” he said.

Indeed. And they’d know each other more than well before she headed home. Maybe sooner rather than later. “I’m Dixie Anne, but my friends call me Dixie.”

“Only people who don’t know me call me Your Highness,” he answered. “And only my family uses my real name, Ulrich. I’m Rick to everyone else.”

The everyone else probably included a whole lot of women. He stood tall and wore finely tailored clothes. Unlike his brothers and father, who were eye candy in their own right, Rick VonRamsberg had blond hair and blue eyes with insanely long lashes. Dimples and a mouth created for sin made him perfectly irresistible, and she had no reason to resist.

He swirled them and dipped so when they came back up, their bodies touched. Interesting.

“My father is planning to take Casey and her parents on a tour of Danislova,” he said. “Can you stay long enough to come with us?”

“I’m inviting you.” His voice dropped in pitch, just enough to suggest his invitation had less to do with touring castles than touring each other.

“I don’t know. I have responsibilities at home.”

He stiffened ever so slightly. “What responsibilities?”

“My dog, for one.” Come to think of it, she probably didn’t have any other responsibility at all.

“My ex is taking care of her.” It had been Phil’s idea to get a dog, but he’d wanted something big and masculine, not a tiny mutt.

“Can he continue to keep the dog?”

“I guess.” Phil would complain. Let him.

The music stopped, but he didn’t release her for a few seconds. They stood, staring into each other’s faces, until common sense returned and she stepped back. Still, he didn’t let her go completely but curved her arm around his to lead her from the dance floor.

“Let’s find some champagne, shall we?” he said.

Luckily, a server carrying a tray of champagne flutes stopped by, and the prince took two glasses. As he handed one to Dixie, he gave her a slight bow. All very regal and proper. The gleam in his eyes as he did it suggested he could follow up with improper behavior if given the chance. Her breath caught for a split second. He made a stunning display of masculine beauty, and for a moment her imagination went wild picturing what she’d find under the starched, white shirt. Or more importantly inside his pants. Somehow, she’d have to find a way to get beyond subtle to direct or they could end up dancing around each other for days before they got down to the nitty-gritty.

Keeping her gaze steadily on his, she tipped her glass against the one in his hand and then curled her arm around his to bring her champagne to her mouth.

His eyes widened in surprise for no more than a heartbeat, but then, he bent his own arm so he could drink as well. The action brought their faces only inches from each other, and she couldn’t help but stare as his lower lip touched the glass. He caressed it, knowing full well she wouldn’t be able to look away, the scamp. It was a purely seductive move that connected to her heart and places south, excitement zinging along her nerves. Oh, my. Oh, my, oh, my.

Suddenly, the air seemed to grow hot, and she pulled back and lifted a hand to fan her face. He simply stood, smiling. He knew the effect he had on her, and he was enjoying himself. Two could play at that, and she could get a rise out of him if she tried. Literally.

She turned toward the dance floor, as if she had any interest in anyone out there. Her heartbeat continued at a rapid pace.

“You don’t resemble your brothers or your father,” she said.

“I look like my mother’s side of the family,” he said.

“You’re all handsome devils, though, aren’t you?” she said. “Even your father.”

He took a position next to her, almost touching, and also feigned an interest in the dancers. “Are you including me in that?”

“What do you think?”

“I think I’m flattered,” he answered.

“Not flattery if it’s true.”

“Shall I return the compliment?”

She glanced at him out of the corners of her eyes. “Only if it’s honest.”

“Honesty,” he said. “You’re the most beautiful woman here.”

The rapid beat of her heart became a flutter. “I don’t see how that’s possible. I mean, the bride—”

“Casey’s lovely. So are Felice and Lady Marta and any number of other women.” He turned toward her. “They aren’t you.”

“Why, sir, you take my breath away.” In times of stress and excitement, the southern part of her personality snuck out. She was certainly excited now.

He didn’t remark on the accent she still carried but smiled in a way that suggested she’d charmed him. “What shall we do to get your breath back?”

“You’re very direct, Miss…Dixie.” He was smiling in earnest now, his expression suggesting openness to anything she might say.

“My granny taught me to say what I mean and mean what I say,” she replied.

“Very admirable of her.”

“So, what I’m thinking is one of us should seduce the other,” she said. “I just can’t decide which.”

His eyes widened in surprise, no doubt at her directness, but then, his grin widened. “Why not make it mutual?”

“Mutual seduction.” Success. If she’d stayed around for the tour of Danislova, she would have ended up in his bed at some point. Why put off the pleasure?

“That sounds wonderful,” she said. “But we should be discreet. The whole world doesn’t need to know our business.”

“I’ll find you, instead.” That way, she could leave once they’d had their fun. No point getting attached to anyone because after five years of Phil Comstock she’d never get married again.

“Fine,” he said. “I’m in the family wing, near Casey and Kurt. I’ll leave my door ajar so you’ll know where I am.”

“I’ll come after the party winds down.”

Just then, Casey came running up to Dixie almost at top speed. She caught Dixie’s wrist. “Come on. I’m going to throw the bouquet.”

Dixie held back. “Oh, no. You’re not getting me into that crowd.”

“That’s what I’m afraid of,” Dixie said. “I made that mistake once.”

Rick took Dixie’s glass. “If the bride wants you to do something…”

“Rick’s right,” Casey said. “It’s my wedding. I get to order everyone around.”

“Oh, all right.” Dixie allowed Casey to pull her away from the gorgeous man she’d be having sex with later. She’d have to kill time until then, anyway. In the meantime, she’d duck if the bouquet got within ten feet of her.

Amazon
Posted by Alice Gaines at 8:41 AM No comments: